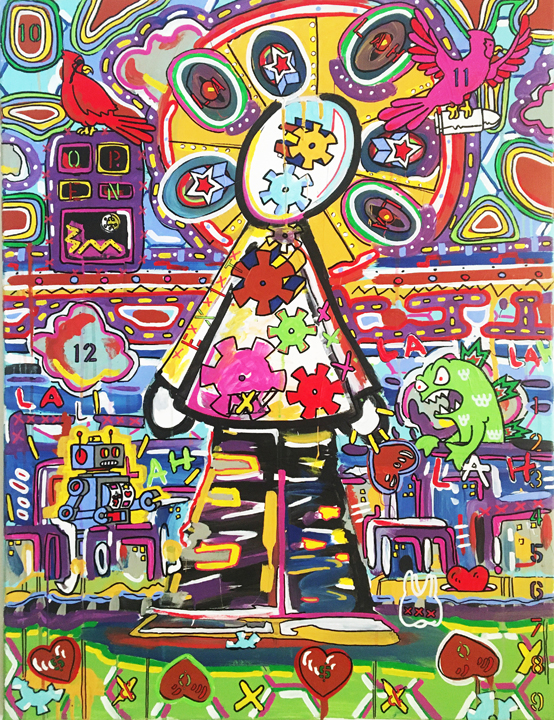 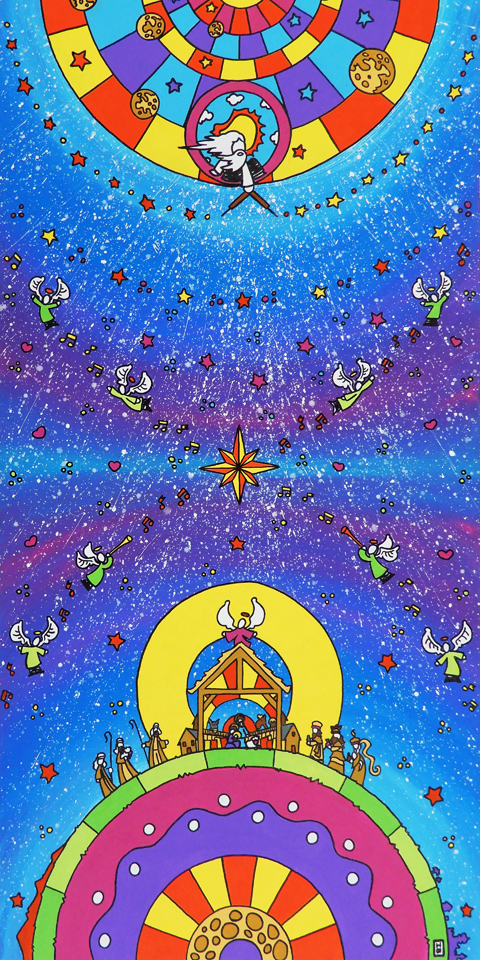 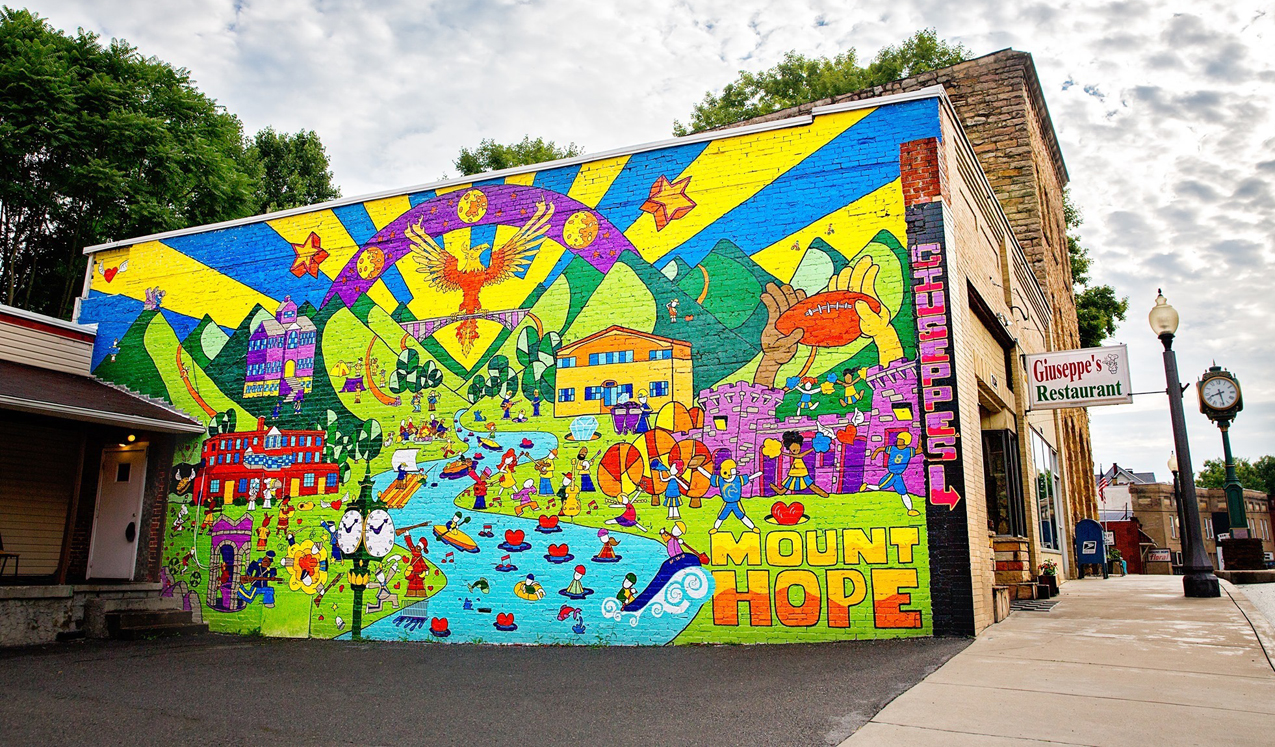 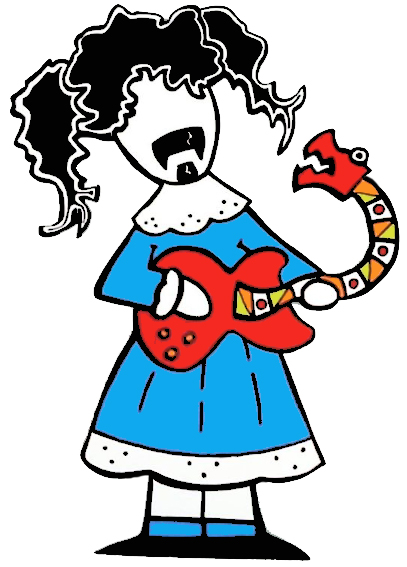 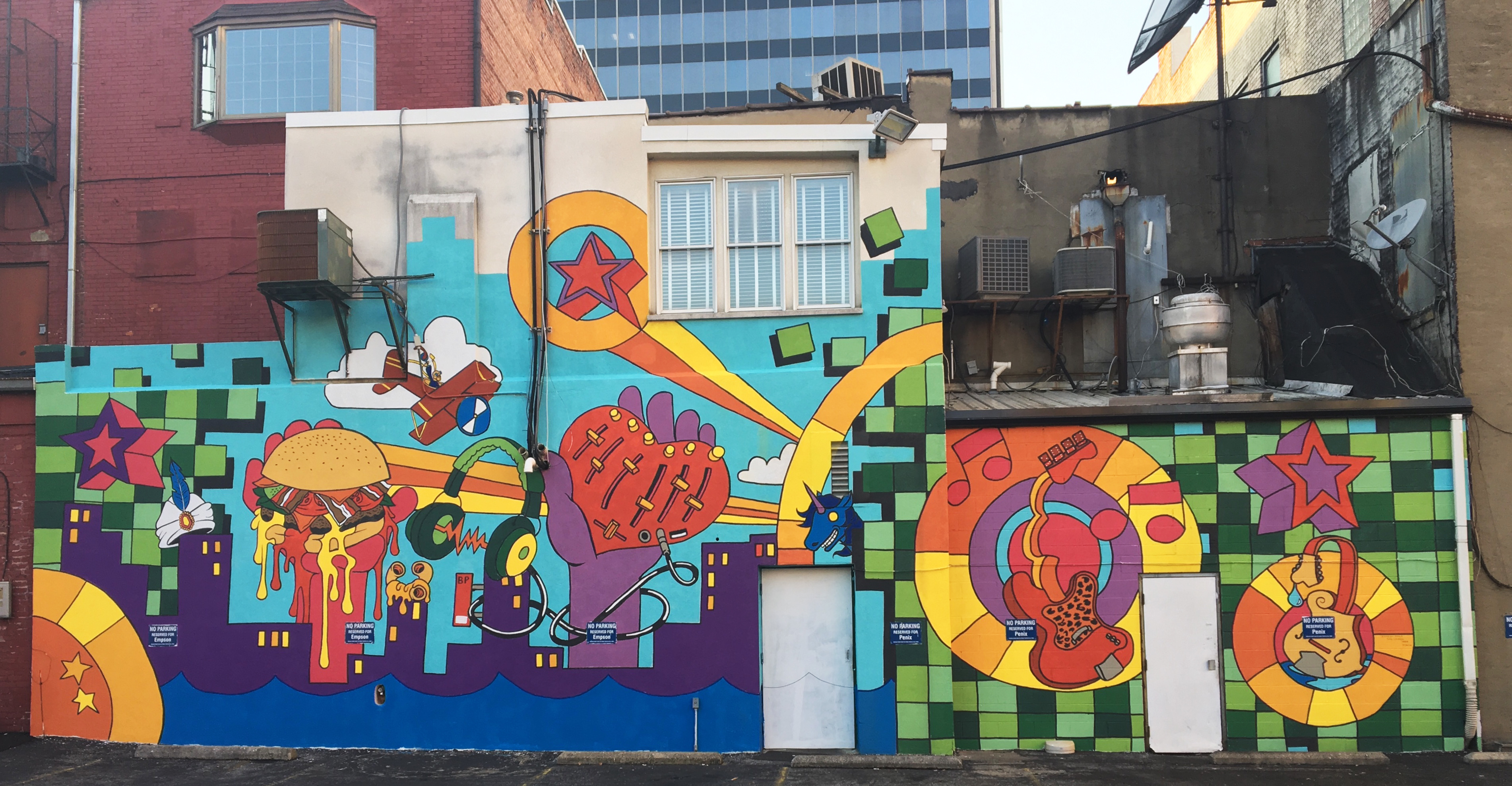 Ian Bode was born and raised in Charleston, WV. After leaving WV in his late teens and traveling around the country, he returned to become a self-taught, full-time artist. His work is displayed in galleries, public buildings, and private collections across the country. He also collaborates with other visual artists and graphic designers on commercial projects. In addition, he has individually and collaboratively made several 2D and 3D public art projects. His most recognizable style is a graphically narrative, cartoon-oriented world filled with his black and white faceless characters collectively called “The Passenger.” This faceless cartoon is a vacuum into which the viewer’s identify and awareness can be filled in. The viewer is in the emotive driver’s seat, much like The Passenger.

Using repeating themes, colors, and icons, he aims to establish a visual language that makes each piece relatable to the other creating a universe with loose laws and a sequential narrative that does not intrude or contradict itself. He was recently named WV Artist of the Year 2018 by West Virginia Living magazine. You can find his work by quick google search and exclusively at The Art Emporium and The Bluegrass Kitchen in downtown Charleston, WV.